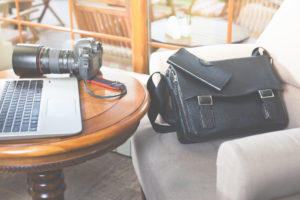 Is it a business or hobby?

Are you launching a “side business”? Perhaps you hope to turn your love of writing or photography into a paying gig. Or maybe you’d like to sell some of that beer you’re brewing in the garage. If, like many start-up business owners, you’re operating at a loss, it’s critical to understand the IRS’s “hobby loss” rules.

Business losses are fully deductible, but hobby losses aren’t. Deductions for hobby expenses generally can’t exceed your gross receipts (if any) from the activity. Also, you must claim hobby losses as itemized deductions, which may further reduce their tax benefits.

“Hobby” is a bit of a misnomer. You’ll find the rules in Internal Revenue Code Section 183, entitled “Activities not engaged in for profit.” The key to distinguishing between deductible and nondeductible losses is whether you engage in an activity with a profit motive. The IRS can’t read your mind, of course, so it analyzes objective factors, including the following, to decide whether an activity is engaged in for profit:

The IRS also considers whether you have other substantial sources of income from which you’re deducting losses (thus making it more likely the activity isn’t engaged in for profit) and elements of personal pleasure or recreation (the less enjoyable the activity, the more likely you have a profit motive).

No single factor determines the outcome. An activity is presumed to be for profit if it’s been profitable in at least three of the last five tax years (although the IRS can attempt to prove that it hasn’t been).

What if you incorporate?

There’s a common misconception that the hobby loss rules apply only to individuals. While the rules don’t apply to C corporations, operating an activity through a flow-through entity such as an S corporation, limited liability company or partnership won’t shield you from the hobby loss rules. In fact, doing so can lead to unexpected — and unwelcome — tax consequences.

Consider the recent case of Estate of Stuller v. U.S. The Stullers operated a horse-breeding farm through an S corporation. They owned the land used by the farm and received rental income from the S corporation. In a decision that was upheld on appeal, a federal district court ruled that the Stullers didn’t have a profit motive and, therefore, couldn’t deduct the S corporation’s substantial losses against their income from other sources. Even though the ruling meant that the Stullers received no tax benefit from the S corporation’s rental expenses, they were still required to report the rental income on their individual tax returns.

The best way to increase the chances that the IRS will treat an activity as a business is to conduct it in a businesslike manner. Create a business plan and budget, consult advisors and keep good records.