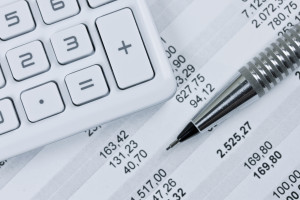 It seems that keeping up with the rapid pace of tax changes and developments becomes more difficult each year. On December 18, 2015, the President signed the Protecting Americans From Tax Hikes Act Of 2015 (PATH Act). Although the PATH Act is sometimes referred to as an “extenders bill,” because it extended many tax provisions that expired at the end of 2014, it also contains other significant tax changes. In addition, Congress passed several other pieces of legislation between June 29, 2015 and February 24, 2016 containing new tax provisions that are first effective in 2016. These new laws include the Defending Public Safety Act, the Trade Preference Extension Act, the Surface Transportation Act, and the Consolidated Appropriations Act.

To help you adjust to (and plan for) the most significant tax changes that have occurred over the last year, we are sending this letter providing a summary of the new legislative tax provisions that we believe will have the greatest impact on our clients. As a Preview –Some of the Major Tax Changes from this legislation that we highlight in this letter are new provisions that: Extend and enhance the first-year 50% 168(k) bonus depreciation deduction and the Section 179 write-off for certain business property (including certain improvements to depreciable real property); Expand and extend the research and experimentation credit; Reduce the period an S corporation must wait to avoid the corporate built-in gains tax; Make permanent the special tax break for qualifying IRA contributions to charities; Modify the due dates for certain tax returns; Modify the required documentation for certain education tax benefits; Enhance certain tax benefits of §529 plans; and more!

We highlight only selected legislative tax developments. If you have heard about other tax developments not discussed in this letter, and you need more information, please call our office for details. Also, we suggest that you call our firm before implementing any tax planning technique discussed in this letter. You cannot properly evaluate a particular planning strategy without calculating your overall tax liability (including the alternative minimum tax and any state income tax) with and without that strategy. Please Note! This letter contains ideas for Federal income tax planning only. State income tax issues are not addressed.

Background. As noted in the above “Introduction,” Congress has passed no less than five separate pieces of legislation since June 29, 2015 containing various new tax provisions. Of that legislation, the most significant is the Protecting Americans From Tax Hikes Act Of 2015 (PATH Act) which: Extends through 2016 many tax provisions that had expired at the end of 2014; Extends other expired tax breaks through 2019; and Makes other expired tax breaks permanent. In addition, the PATH Act significantly expands certain existing tax breaks and also contains several new tax provisions. The following are highlights of key tax provisions contained in the PATH Act (and other recent legislation) that we believe will have the greatest impact on “individual” taxpayers:

Selected “Individual” Tax Breaks Extended Through 2016. The PATH Act extends several previously expired tax breaks through 2016, such as the: Deduction (Up to $4,000) for Qualified Higher Education Expenses; Deduction for Mortgage Insurance Premiums as Qualified Residence Interest; and 10% Credit (with a lifetime $500 maximum) for Qualified Energy-Efficient Home Improvements (e.g., qualified energy efficient windows, storm doors, roofing). Planning Alert! Individuals wishing to take advantage of these tax breaks should act by the end of 2016 in case Congress does not extend these provisions beyond 2016. The following are several additional tax breaks scheduled to expire after 2016:

Selected “Individual” Tax Breaks Made “Permanent.” The following individual tax breaks had previously expired at the end of 2014. However, the PATH Act retroactively reinstates these provisions and makes them permanent: 1) Election to Deduct State and Local Sales Taxes; 2) Enhanced American Opportunity Tax Credit up to $2,500 for Qualified Tuition; 3) Enhanced “Refundable” Child Tax Credit up to $1,000 for Dependents Under Age 17; 4) Enhanced Earned Income Tax Credit (EITC) Provisions; 5) Expanded
Deduction and Carryover Limits for Charitable Contributions of Conservation Easements, 6) Special Tax Break Allowing IRAs of Individuals Who Are at Least Age 70½ to Make Charitable Contributions, and 7) Special “Above the Line” Deduction Allowed for Certain Expenses of Teachers.

Expanded Tax Benefits For Section 529 Education Savings Plans (529 Plans). Generally effective after 2014, the PATH Act makes several pro-taxpayer changes to the tax rules that govern 529 plans, including: Expanding qualified tax-free distributions to the purchase of computer-related expenditures; Providing a new 60-day window to re-contribute previously distributed 529 plan funds where qualifying education expenditures (e.g., tuition) are refunded; and, Removal of the aggregation rules for multiple 529 plans for determining whether and to what extent a non-qualifying distribution represents taxable income.

Starting In 2016 Taxpayers Must Have Form 1098-T In Order To Claim Education Credits Or Tuition Deductions. Generally, educational institutions are required to provide Form 1098-T to attending students and file a copy of Form 1098-T with the IRS. This form contains information regarding the student’s qualifying tuition and related fees that are used to determine various education-related tax credits and deductions. Effective for tax years beginning after June 29, 2015, the Trade Act provides that the following education tax breaks will not be allowed unless the taxpayer possesses a valid Form 1098-T from the educational institution: 1) The American Opportunity Tax Credit (up to $2,500 per qualifying student –generally used for the first four years of post-high school education); 2) The Lifetime Learning Credit (up to $2,000 per qualifying taxpayer –generally used for graduate school), and 3) The college Tuition and Fees Deduction (up to $4,000). This new documentation requirement effectively means that, if you qualify for any of these education tax benefits, you will need Form 1098-T before you can claim an education credit or deduction on your 2016 return. Planning Alert! As mentioned above, the American Opportunity Tax Credit (as well as the Lifetime Learning Credit) is now permanent; however, the Tuition and Fees Deduction of up to $4,000 is scheduled to expire after 2016.

New Due Date And Allowable Extensions For FinCEN Form 114 (FBAR). Generally, if you own (or have signatory authority over) foreign financial accounts exceeding an aggregate value of $10,000 at any time during the year, you are required to file FinCEN Form 114 (“Report of Foreign Bank and Financial Accounts” or “FBAR”). Previously, the due date for filing this FinCEN Form 114 was June 30 of the year immediately following the reporting year, and no extensions were available. For years beginning after 2015, the Transportation Act provides that the initial due date for FinCen Form 114 will be April 15th of the following year (i.e., generally the same initial due date for your Form 1040). The Act also provides for a maximum extended due date until the following October 15th. In addition, the IRS is authorized to waive the penalty for failure to timely request an extension for filing the form for any taxpayer who is required to file FinCEN Form 114 for the first time. Planning Alert! According to proposed regulations issued by the Treasury Department in March 2016, the due date for the 2016 FinCEN Form 114 is April 15, 2017. The proposed regulations also provide that “extensions to October 15 of the reporting year are available upon request.” However, the regulations do not say how the extension is to be requested or whether the extension request will be automatically approved.

Background. As previously discussed in this letter, over recent months Congress has passed several bills containing a variety of tax provisions that impact businesses of all sizes. This segment provides an overview of these provisions which may have an impact on your “business” activities.

Selected “Business” Tax Breaks Made “Permanent.” The PATH Act also retroactively reinstates the following provisions which had previously expired at the end of 2014 –and makes the provisions permanent for future years: 1) 15-year (instead of 39-year) depreciation period for “Qualified” Leasehold Improvement Property, Restaurant Property, and Retail Improvement Property; 2) Enhanced charitable contribution rules for qualifying business entities contributing food inventory; 3) Favorable S corporation provisions for charitable contributions of capital gain property; 4) Parity between employer-provided parking and transportation fringe benefits; 5) 5-year (instead of 10-year) waiting period for S corporations to avoid the built-in gains tax; 6) Exclusion of 100% of gain on the sale of certain small business stock for both regular tax and AMT purposes; and 7) The 20% Differential Wage Credit for qualifying differential wages paid to employees that are called to active military duty (Note! Employers of any size may now qualify for this credit).

In addition, the PATH Act not only made the following business tax breaks permanent, it also expanded these tax breaks to make them more beneficial:

“Qualified Real Property” includes property within any of the following three categories: 1)Qualified Leasehold Improvement Property (generally capital improvements to the interior portion of certain leased buildings that are used for nonresidential purposes); 2)Qualified Retail Improvement Property (generally capital improvements made to certain buildings which are open to the general public for the retail sale of tangible personal property); and 3)Qualified Restaurant Property (generally capital expenditures for the improvement, purchase, or construction of a building, if more than 50% of the building’s square footage is devoted to the preparation of, and seating for, the on-premises consumption of prepared meals).
Selected “Business” Tax Breaks Extended Through 2019. The PATH Act extends certain business tax breaks fully through 2019. For example, the 30% business credit for certain solar energy property is extended fully through 2019, but begins phasing out after 2019. In addition, the following business tax breaks were not only extended through 2019, but were also expanded so that they will benefit more taxpayers:

The following are just a few examples of the new due dates and extended due dates provided by the Transportation Act for returns for tax years beginning after 2015:

Please contact us if you are interested in a tax topic that we did not discuss. Tax law is constantly changing due to new legislation, court cases, regulations, and IRS rulings. Our firm closely monitors these changes. In addition, please call us before implementing any of the planning ideas discussed in this letter, or if you need additional information. Note! The information contained in this letter represents a general overview of tax developments and should not be relied upon without an independent, professional analysis of how any of the items discussed may apply to a specific situation.

Disclaimer: Any tax advice contained in the body of this material was not intended or written to be used, and cannot be used, by the recipient for the purpose of promoting, marketing, or recommending to another party any transaction or matter addressed herein. The preceding information is intended as a general discussion of the subject addressed and is not intended as a formal tax opinion. The recipient should not rely on any information contained herein without performing his or her own research verifying the conclusions reached. The conclusions reached should not be relied upon without an independent, professional analysis of the facts and law applicable to the situation.